Ventilation
The dangers nature of gas is one of the foremost problems of mining and so ventilation quickly became a necessary and often expensive operation. Mine ventilation is twofold in purpose: first, it maintains life, and secondly it carries off dangerous gases. Long before coal was mined in North America, collieries in Europe were sunk with dual entrances, one through which air flowed into the mine and another through which air flowed out. Initially, mine ventilation was assisted by underground furnaces, which used the practical principle that the updraft of a fire caused a suction which drew air out of the mine and this air was replaced by air which was pulled in to fill the opening.

The presence of gas is always trouble in a mine. Methane gas or Marsh Gas, in concentrations of 1.25 percent or over, can cause a powerful underground explosion especially if accompanied by a high concentration of coal dust. Other gases often present in a coal mine include carbon monoxide and hydrogen sulphide. The presence of these gases necessitated that proper ventilation be assured in any underground workings.

Canaries are thought to have been used to detect gas in coal mines in the early stages of mining. This sensitive bird would be taken into the workings and, if it perished, the colliers would immediately leave the mine. However, before the 1870s, managers and qualified persons were using safety lamps to detect gas. These safety lamps soon replaced oil lamps and open flared candles as a source of working light.

Soon, small hand-turned fans were used to blow gas out from working places into main air currents. Trap doors were strategically placed as part of the ventilation system to guide the flow of air to or from selected areas. “Trapper” boys were posted at the busier doors to open them for the passage of coal, materials and men. “Air courses” were frequently cut through coal and rock.
In the 1920s the hand-turned fans were replaced with air-powered, small turbine fans. Large fans of the suction type were placed on the surface and gradually increased in size. Air from surface compressors was piped into the mine to power machinery and to assist in ventilation.

In areas with no return air course, a thick ply canvas called “brattice” was used. This measure was usually temporary; it involved canvas being draped from the roof to the mine floor, dividing the affected section longitudinally, permitting air to flow in on one side and flow out the other. Brattice is often used in rescue work to carry ventilation from the last proven air point, to the limit of rescue operations.

Considerable progress has been made towards improved ventilation by employing better systems and better means of gas detection. Now, each operating longwall is equipped with a continuous recording methanometer that records and displays the concentration of methane in the air in which its sensing head is cited.
Labour Force
In the room and pillar method, a team of two men in each room carried out all three of the mining phases including cutting, shooting and loading, (holing or undercutting, blasting, getting or breaking down, filling or loading the tubs).

The miner was paid according to the tonnage he loaded and sent to the surface. The price usually includes compensation for undercutting and breaking down. This method may be adopted in longwalling, but usually a group of men are given one phase of the operation to carry out. The undercutters work at the face first, being paid at a rate that may be determined by yardage cut. These men are followed by a group of men who cut down the coal and last are the men who do the loading. Another arrangement is for three or more men to share the work and the money resulting from their labour; or to allow successive phases of the operation to be carried out be successive shifts.
Production
Because of the greater amount of labour required and the necessity of side and undercutting, there is a larger percentage of small coal or slack in room and pillar operations. Much coal is also lost or crushed in the gradual leaving of the pillars or their subsequent extraction.

Where the longwall method is used, the coal is “got” in one operation and little is lost or wasted. When rand or long coal is produced, the weight of the roof assists in breaking it down, but does not rest on it long enough for it to crush it or break it as the face is continually advancing.
Cost
The larger number of miners working in a greater number of places, the greater percentage of slack (for which a lower price is paid), and the greater amount of work in opening crosscuts and headings, all add to the cost in room and pillar workings. In longwalling, the cost of mining coal is reduced because the pressure of the roof helps to bring it down. Conditions are well suited to application of machinery and haulage costs, as well as costs of materials such as rails, timbers, sleepers, and brattices, are much lower. The one expensive aspect is the cost to make and maintain the packwalls, which can outweigh the reduction in costs of the other aspects of the operation.
Safety
Roof falls are less likely to happen in longwall than in room and pillar as there is considerably less exposure of the roof. In the room and pillar method, supports might be left standing for the whole life of the mine in certain places. In longwall, supports are constantly being moved and replaced. Some longwall gobs are liable to spontaneous combustion as a result of slack mining pushed into the gate. Also, gas is more difficult to deal with in longwalling, although better ventilation is possible because of the short distances it has to travel.
Surface Conditions
It was at first thought that the longwall method could not be used under large basins of water, but this has been proved incorrect in the submarine workings of Cape Breton. Surface subsidence above a longwall mine is regular and gradual. The room and pillar method may result in weight fissions and depressions, but if either method is being carried on at any depth, surface disturbances will be hardly noticed. 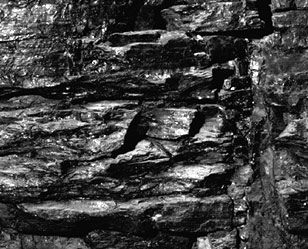 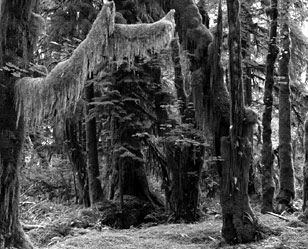 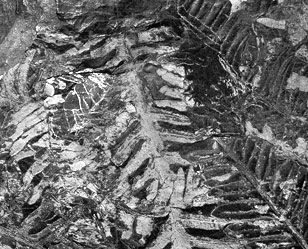